The Road to Lake Idro

The Road to Lake Idro

Up early and off. Soon Betsy was on back on the autobahn. She was taking it easy this time as running full pelt makes her very thirsty. Hours and hours later Germany came to an end and Switzerland began. We were held to ransom at the boarder by the Swiss border guards and the took 20 euros from mum and only gave her a sticker back. On and on we rolled, past Lucerne to the big tunnel at Gotthard. I don’t like the Gotthard tunnel I have been through it five times now and its long, warm and noisy. It was a breath of clean air when we were back in the day light and going down the big hill to Italy.

We travelled some roads I knew passing Milan and Bergamo. Betsy stopped at a service station because I was too hot. Mum put my cool coat on me and we were off again. When we left the autostrada Betsy started to climb. The higher we got the cooler it got. Betsy made her way through the mountain roads avoiding the speed cameras squeezing by houses in the wee towns with even wee’r streets until eventually she rolled to a stop. The peoplesees at the camp site gave her a place to rest right at the waterfront, time to setup camp. 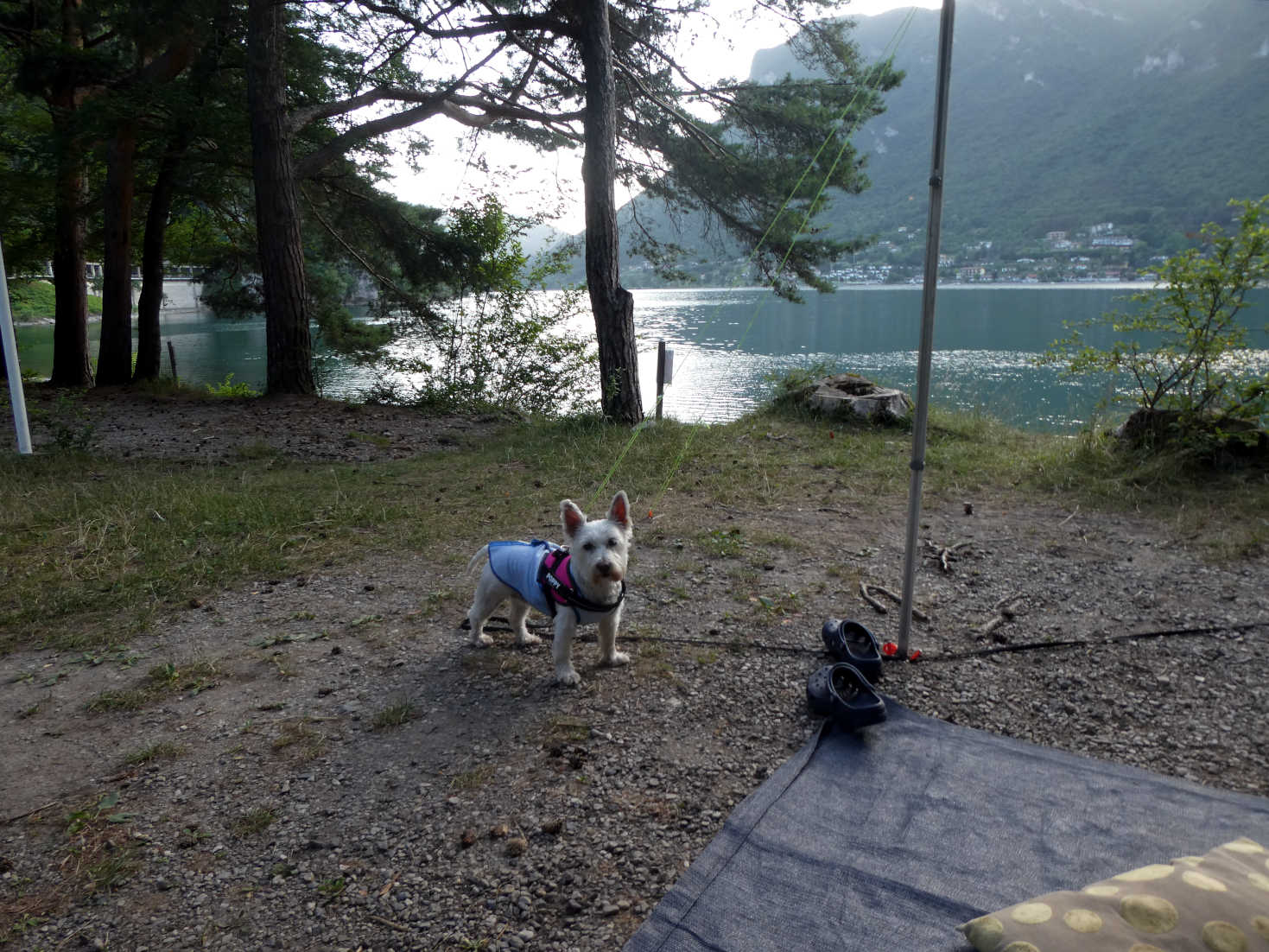 Mum and dad got Betsy all set up I was getting under their feet so I went to explore the lakeside. Lots of new smells and I’m sure there are more doggies here.

After a rest Mun and Dad started to make dinner, I had already had mine so thought I would watch the sun go to sleep.

We all sat outside as the light started to fade, nice hear isn’t it mum? As it got darker the lights came on in the small town across the lake mum lifter her glass and looked across the lake.

I went to have a look

Lift me up mum I want to see what you’re seeing.